Deprecated: The each() function is deprecated. This message will be suppressed on further calls in /home/novate/public_html/content/inc/functions.inc.php on line 3781 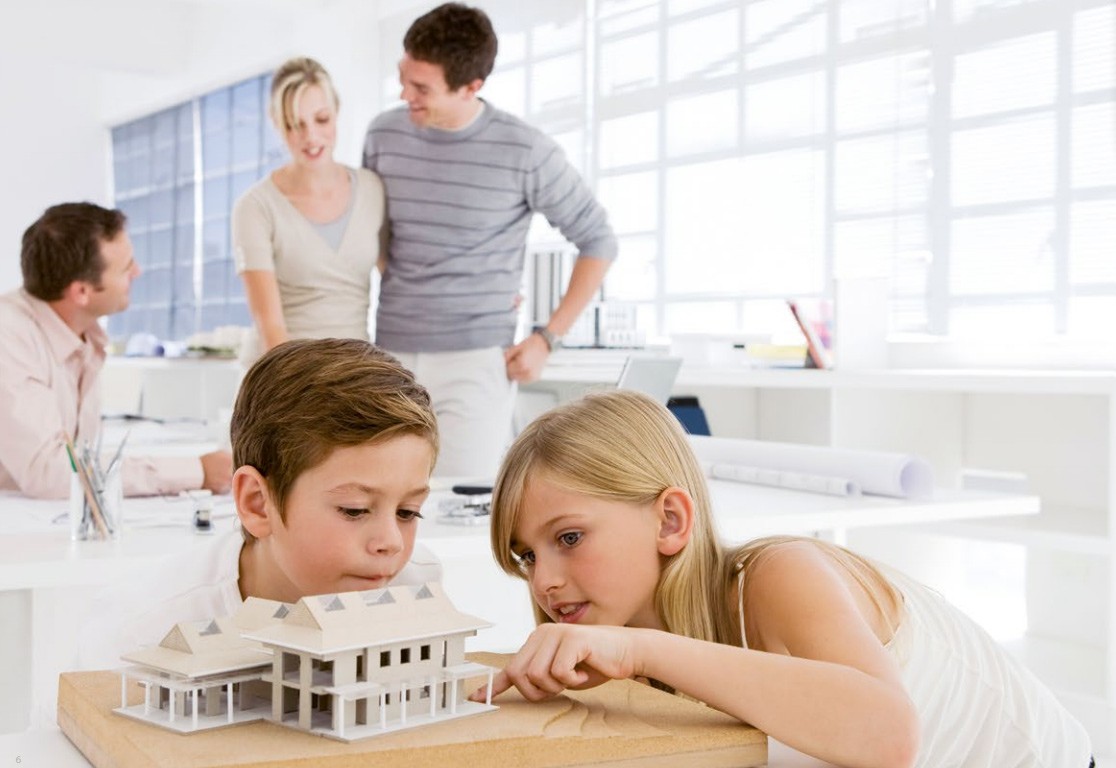 Cogeneration, (or combined heat andpower - CHP), is a technique allowing the simultaneous production of usefulheat and power in a single only process. Both forms of energy are used to feeda building or a district.

Themost common type of cogeneration unit which is mainly used in medium and smallscale applications is cogeneration through a reciprocating gas engine. The mainparts of such a unit are the following:

The engine, which is usually fedwith natural gas, drives an electric energy generator. The energy produced bythis generator is used to feed a nearby installation or district and the excessamount of it, is delivered to the central distributionnetwork. In the same time the heat recovery system which is mainly comprised ofa water circulating circuit, cools the engine, the generator and the exhaustgases. This hot water is then driven into the building and is used to cover theheat demands of the installation.

The technology of CHP

Traditional power stations usually burn fossil fuels such as diesel or lignite and convertinto electricity, approximately 1/3 of the energy contained in the fuels. Therest 2/3 which have been converted into thermal energy are rejected into theenvironment as ‘waste’ energy.

On the contrary, cogeneration uses part of this ‘waste’ energy to cover the demandin hot water and heating of an installation (hotel, hospital, greenhouse) whichin other case should be covered from other sources such as electric or dieselboilers.

Inthis way, cogeneration improves significantly the exploitation level of thefuel, which can reach 90% and saves a large amount of energy when compared withthe traditional, separate production of heat and power.

Generators used in such systems are three-phase motorsand usually water-cooled. Theyare also equipped with an automatic disconnection systemin case of a network outage, and where necessary, they arefitted with a power factor optimization system accordingto the demand as well as, a controlsystem of harmonic components.

One or more heatexchangers areused to recover the heatfrom the water which cools the body of theengine, the generator and the exhaust. This heat isused as an input at the water heating system of the installation. It can bealso used to produce domestic hot water for homes, hotels or leisure facilites.

The controlsystem is responsible to control the flow of energy accordingto the power and heat demand of the facility. Byanalyzing thesedata, it sets each time the engine speed. This system, amongother things gives three different options forthe system’s operation:

In this operational mode, thermal loads are those to count most for the operationof the system.

In this operational mode, electrical loads are those to count most for theoperation of the system.

Here, the energy produced depends on the actual price ofthe gas, the electrical energy price as well as the price of the thermalenergy. The goal is to achieve the maximum economic benefit.

Increased efficiency of conversion and energy usage. Cogeneration is the mosteffective and efficient form of electricity and heat production

Less emissions to the environment, especially CO2, the most important gas which is due to the greenhouse

Improved, local and global, energy security can reduce the chances of a blackout in electricity and / or thermal energy. Additionally, the reducedneed for fuel by the CHP, reduces dependence on imports - a crucial challenge for the energy future of Greece and Europe.

The installation of a CHP in a residential, commercial or a hotel facility is simple andfast, while the whole unit takes up no more than 2m2.

A cogenerationunit can be installed in an existing facility, butmay be introduced as a main source of energy at thedesigning stage of a new one,offering better features and easier implementation optionsof the entire energy system (cooling - heating – electricity).Examples where the CHP is acompetitive and attractive option are:

COMPLETED PROJECTS
XRGI® 6 installation at Athens Medical Ceneter, Peristeri
Among the completed of NOVATECH Engineering lies the succesful installtion of a XRGI® 6 unit at the Athens Medical Center facilities, at the Peristeri branch. The nominal electric power deliverd is 6.0 kW and thermal is 12.4 kW, while the fuel gas thermal energy consumption is 20.0 kW (LCV). The heat power produced is used for heating the DHW circuit, and is hydraulicly conected at the return line of a natural gas boiler with nominal power 256 kWth. The XRGI unit nominal power was chosen such that during the summer period the natual gas boiler does not need to operate. 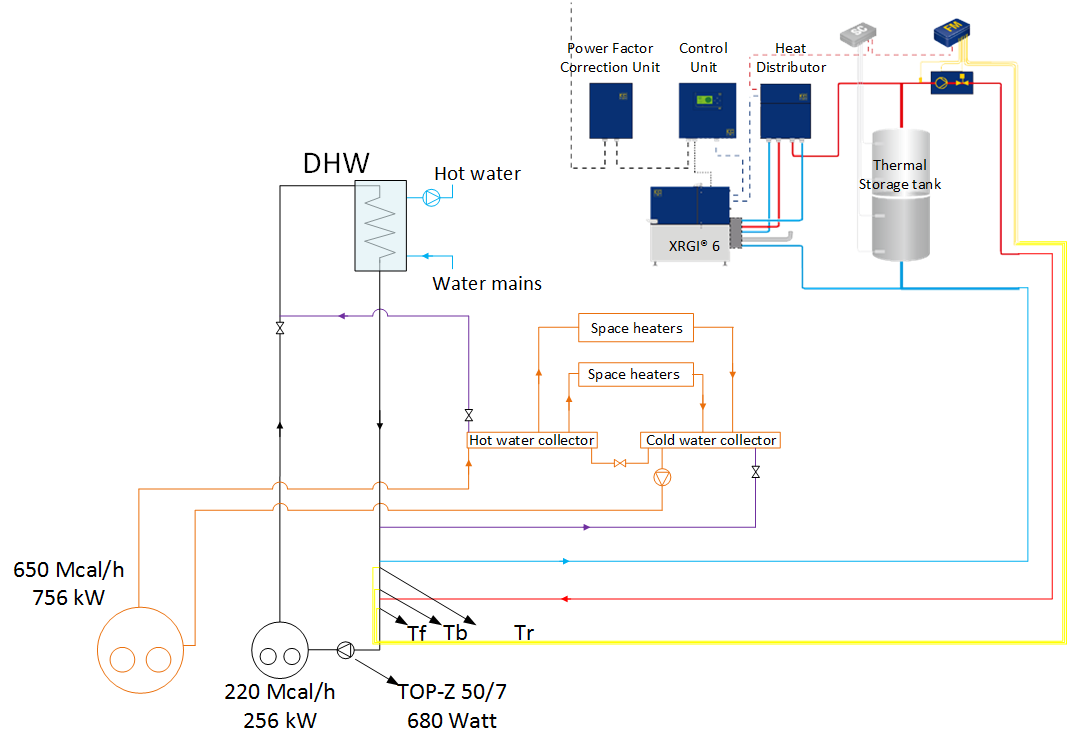 The installation has been carried out in a specially modified container.

Considering the electricity supply net cost equal to 0.13 €/kWh, the natural gas cost equal to 0.055 €/kWh (HCV) and the natural gas cost for CHP applications equal to 0.045 €/kWh, the financial savings from CHP unit operation are calculated at 4534 €/year or 756 €/kW installed. Taking into account the savings per unit of nominal power, saving of 15000 € are achievable by installing a XRGI® 20 unit.
The environmental footprint is also improved, with reductions of 23.57 tons CO2 per year estimated by the operation of the XRGI®  6 unit and 84.96 23.57 tons CO2 per year by the XRGI®  20 operation.
XRGI® 20 installation at educational institution swimmig pool premises
Novatech Engineering has completed the instalaltion of XRGI units at swimming pools. Among them lies the installation of an XRGI® 20 unit at the heating system of the swimming pool premises of an educational institution, with nominal electric power rating of 20 kW and thermal power rating of 39kW. The installation has been carried out in a previously operating system, comprising four heat pumps (two low and two high temperature variants) and two natural gas boilers, which covers the heating needs of the swimming pool, the building internal spaces (high temperature radiators and low temperaure air heaters) and the DHW. The sizing of the XRGI® system is such that the operation of the high temperature heat pumps may be completely suspended. The electric power produced is consumed in the swimming pool building, and any potential temporary power surplus is fed to an upstream electric board, from where it may be consumed by other buildings of the campus. 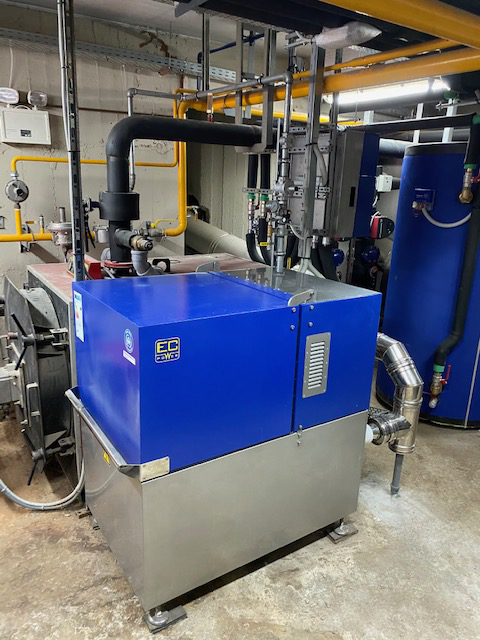 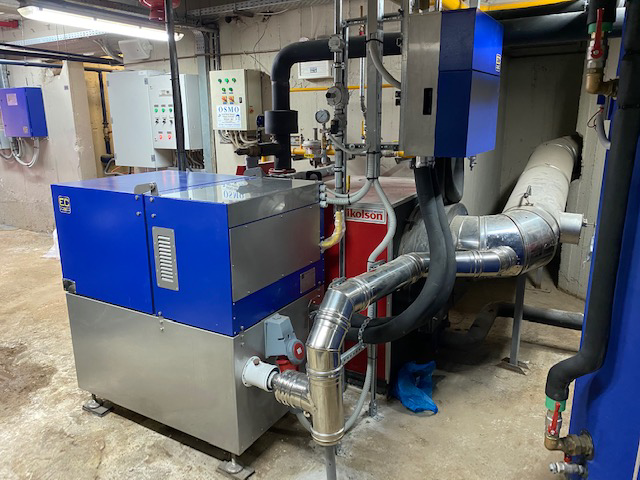 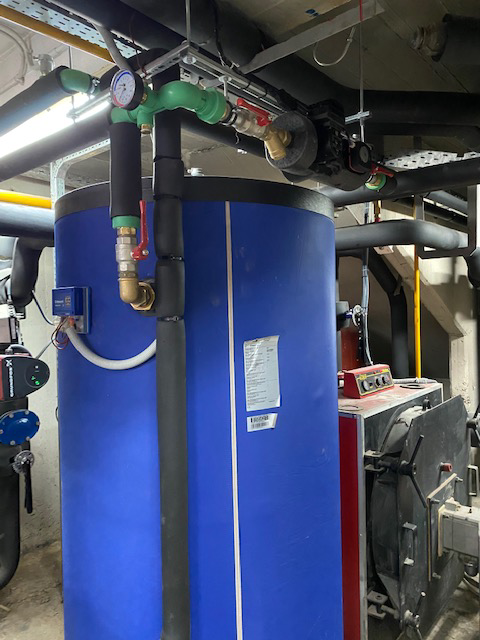 Act 3468 of 2006 defines as CombinedHeat and Power production (CHP), the technique of energy production whichensures saving of primary energy (fuel) at least 10% when compared with theheat and electricity produced in separate processes.

Moreover, small-scale cogeneration is defined as the plant with an installedelectrical power of less than 1 MWe and micro cogeneration the  one with less than 50 kWe, regardless of thepercentage of saving of primary energy (fuel).Power stations of these two categories are exempted from licensing theproduction, installation and operation. Instead, they are obliged to complywith the environmental permitting processes and regulations.Electricity producers can sell the surplus energy at the distributionnetwork. The surplus, however, may not exceed 20% of the total annualelectricity produced.

The price of energy for sale isdetermined by the law of 2010 and 3851 depends on:- The location of the unit (interconnected – not interconnected network)- The maximum electrical power (MWe) that the unit can produce - The average price of gas the current quarter.

For example, for a unit of 20kWewhich is connected to the distribution system, the price for the quarter October - December 2010 amounted to 129,1328 ? / MWh.

Ιf the owner of the unit uses the exhaust gases for agricultural purposes(eg in a greenhouse), the price increases at 154,9594 ? / MWh

In addition to this, if theunit has been manufactured only with own funds, without subsidy or taxexemption, the price stands at 178,2033 ? / MWh

Finally, an additional optionthat gives the new law (3851) for RES and CHP is the possibility of consumingthe electricity at a different site than the production site. The CHP producercan transfer the electrical energy from the production site at the consumptionsite through the transmission system and pay the fees for this use. 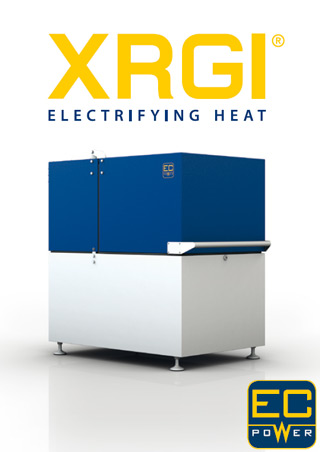 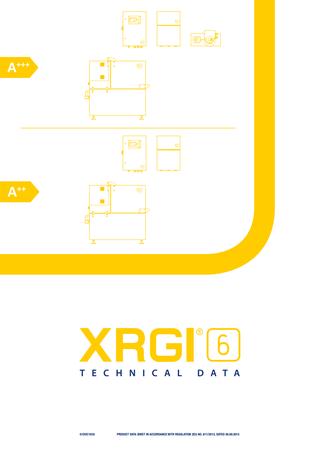 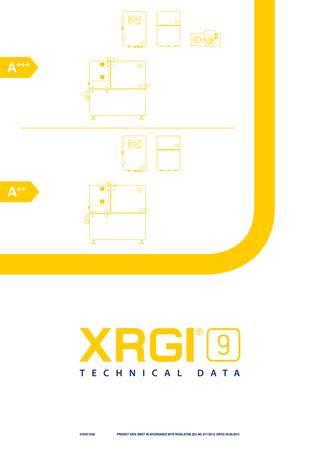 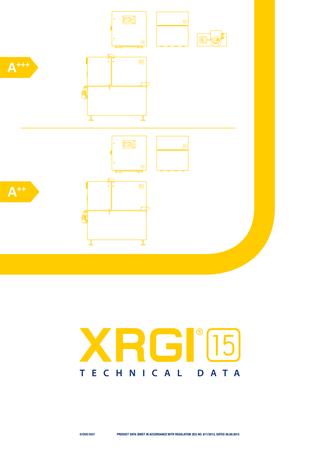